Twelve teams will converge on Roseburg’s Bill Gray Legion Stadium at Champion Car Wash Field to play for a state title and a berth in the Northwest Regional in Gillette, Wyoming. As the host team, the Roseburg Dr. Stewart’s have received an automatic berth into the field of eight teams that will make up the double-elimination bracket.

Eight teams will square off in a single-elimination play-in round on Friday, July 23. Each winner advances to face one of the four automatic qualifiers in the first round of the state tournament on Saturday, July 24. A state champion will be crowned on Wednesday, July 28.

Below is a schedule of games for the upcoming tournament. Every game from the state tournament, starting on Saturday, will be live streamed on 541radio.com. Streaming coverage is presented by The Cow Creek Tribe. 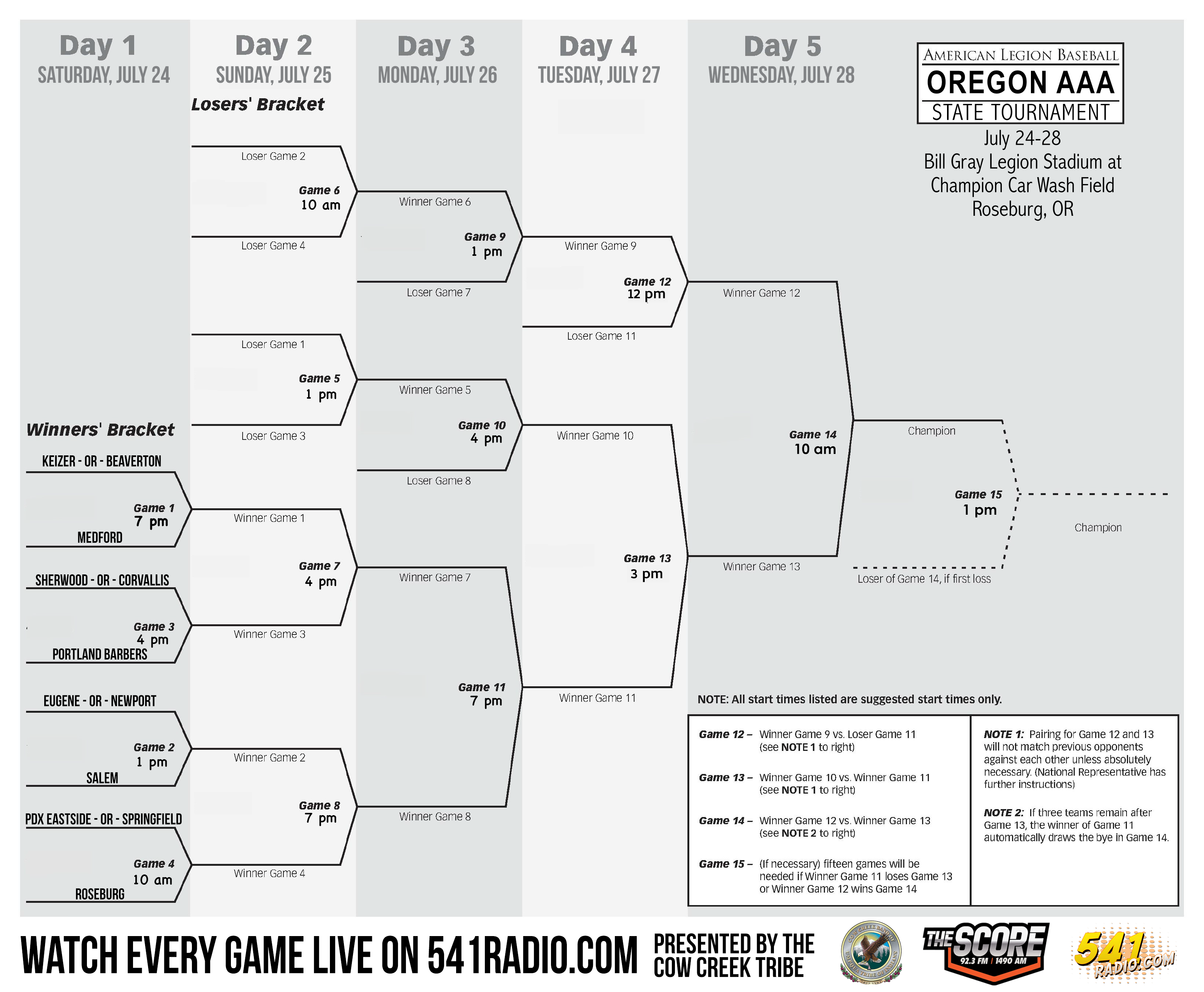