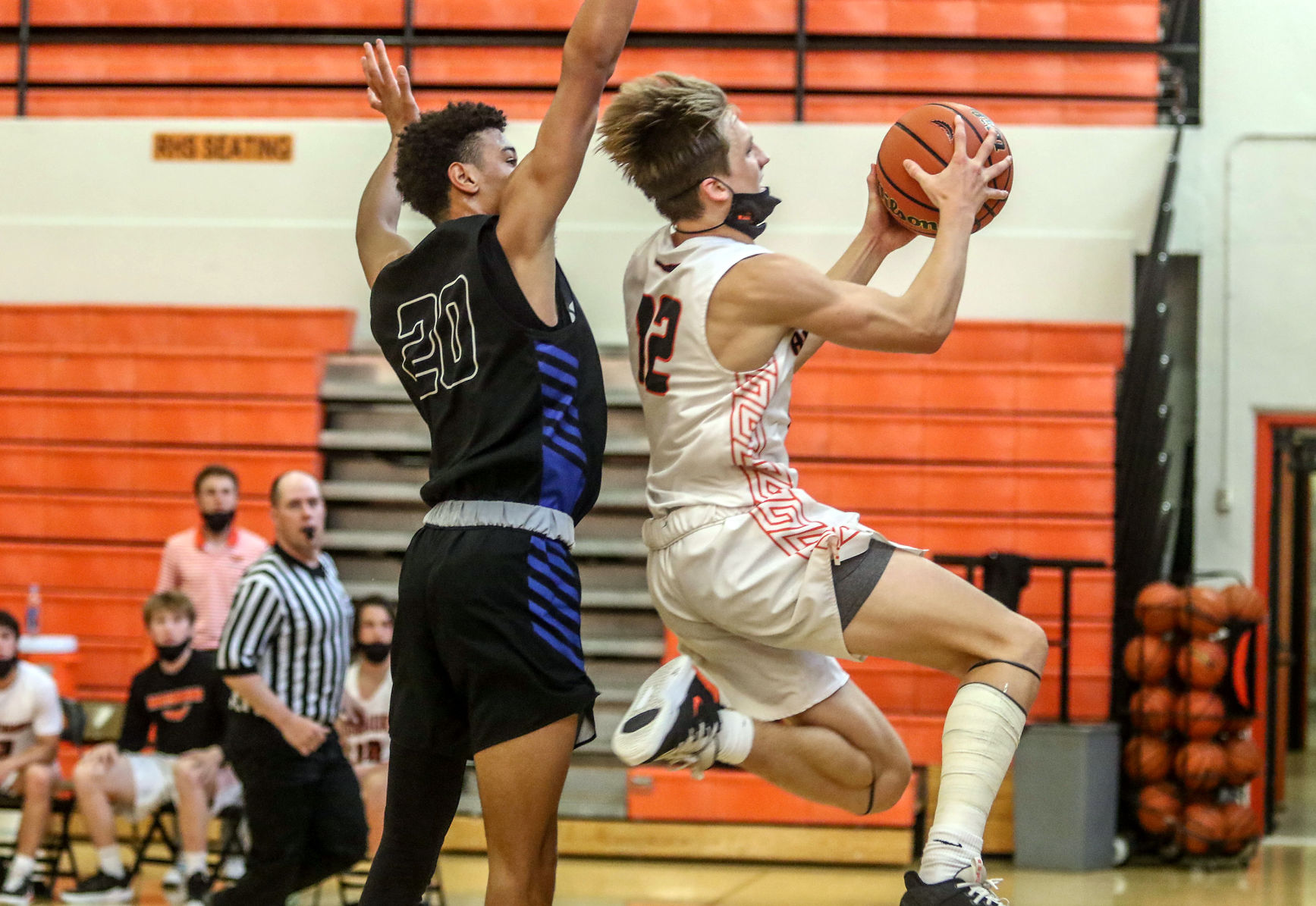 The Roseburg High School boys basketball team held the lead after each of the first three periods against South Medford on Monday, but couldn’t muster enough offense to hold off the Panthers in a 69-61 loss at Robertson Memorial Gymnasium.

Roseburg (4-7) sank four 3-pointers in the first quarter to pull ahead from the get-go. The Indians took their largest lead of the game at 20-9 when Jacob Parker collected a loose ball and raced to a lay-in before the first quarter buzzer.

“We did a good job of attacking the basket and defensively we executed our game plan and took one of their guys out of the picture that was one of their main scorers,” Roseburg coach Jordan Humphreys said about his team’s early success.

South Medford (9-1) managed to narrow the lead to five by halftime and Humphreys said the Indians knew the Panthers would make another push in the second half.

The Panthers went on a 7-0 run to start the third quarter and took a 38-36 lead on a layup by senior Jeremy Gaut. South Medford built its lead to as much as eight points before Roseburg mounted a response and finished the period on a 12-3 run to pull ahead 51-50.

The score remained tight through much of the fourth quarter and was tied at 61-61 with 1:56 left to play.

Isaiah McNaught gave South Medford the lead for good with a baseline floater that gave the Panthers a 63-61 advantage. They would extend the lead from the free throw line as Roseburg fouled to conserve the clock.

Roseburg had four players in double-digits. Zach Martin led the way with 15 points, while Colton Marsters chipped in 14 and Jacob and Matthew Parker each added 10.

The RHS boys will next host the Crater Comets on Wednesday for their final home game of the regular season. The contest is scheduled to tipoff at 6 p.m.