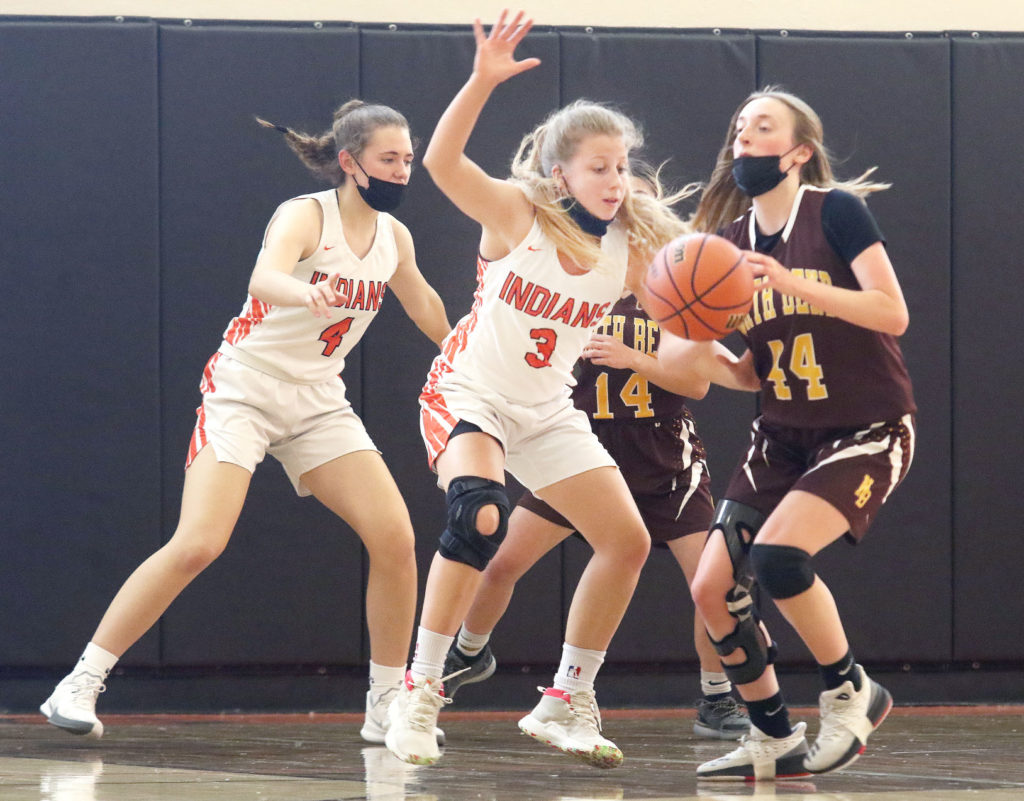 After building as much as a seven-point lead in the third quarter, things turned sour in the final eight minutes for the Roseburg girls basketball team against North Bend on Tuesday at Robertson Memorial Gymnasium.

Roseburg (0-7) took a 20-13 lead with about six minutes remaining in the third period. From that point forward, North Bend outscored the Indians 29-6 to pull away for a 42-16 nonleague victory.

“The girls are disappointed,” said Roseburg coach Chad Smith. “That’s a tough pill to swallow. We just have to come back Wednesday and get a little bit better and go down to North Medford (Friday) and see what we can do there.”

North Bend (7-3) pulled ahead 11-0 to start the ballgame and held Roseburg without a point for the first six minutes. Amy Carpenter got the first two points for Roseburg with 1:20 left to play in the opening period to begin a run by the Indians.

Roseburg fought back from the early deficit and managed to take a 15-13 lead in the closing minutes of the first half on a 3-pointer by Jocelyn Muntifering. RHS led 16-13 at the break.

“We ran our offense,” Smith gave as an explanation for Roseburg’s success in the second quarter. “We got all the looks we needed and then on top of it we knocked all of those down.”

Smith says the offense went cold in the third after jumping out to the seven-point advantage. Meanwhile, North Bend starting to wake up. Adriana Frank and Trinity Barker combined for 16 points in the second half, including a string of three straight 3-pointers to start the fourth quarter that gave the Bulldogs a comfortable advantage.

Frank led North Bend with a game-high 12 points. Barker chipped in eight and Kylee Lambert provided 11 points for the class 5A Bulldogs.

Roseburg plays three of its final four regular season games on the road, starting with a trip to North Medford on Friday. Tipoff is slated for 6:45 p.m.