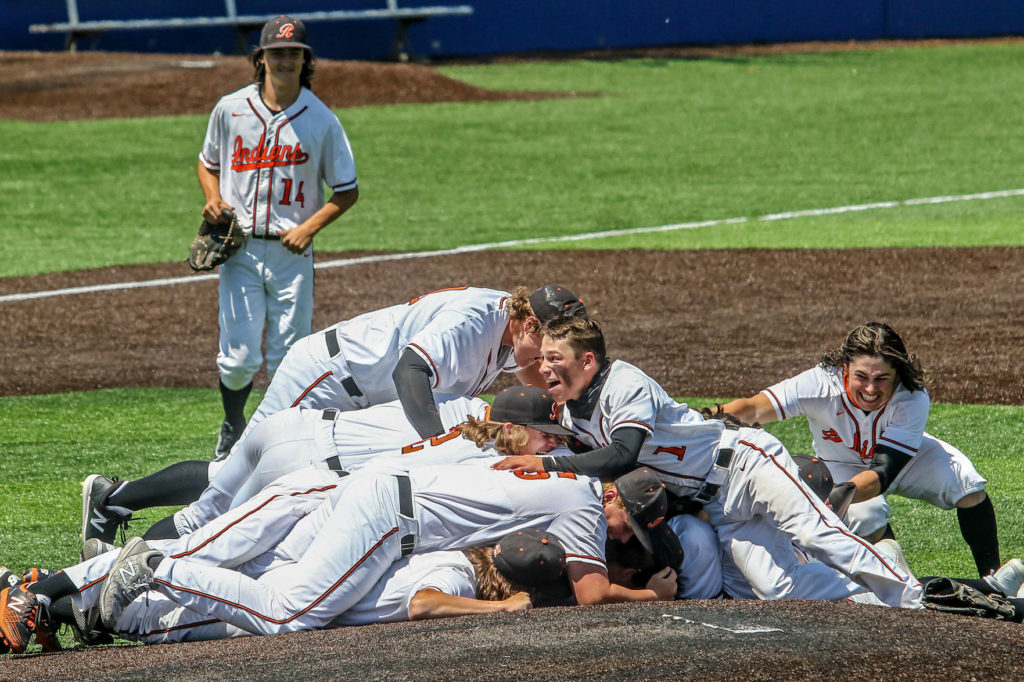 The Roseburg High School baseball team may not be able to say they were state champions in 2021, but they can at least claim they were the best of the big school classifications in Southern Oregon.

In a season with no state playoffs, the 6A and 5A classification schools in Southern Oregon settled for the Southern Oregon Conference tournament, which Roseburg won with a 7-1 decision over Grants Pass on Saturday at Bill Gray Legion Stadium at Champion Car Wash Field.

“It’s definitely bittersweet, just because it was what it is,” said Roseburg senior Garrett Zeimet. “But that’s not taking away anything from what we did this year.”

Roseburg (14-4) finished the season on a five-game winning streak. The Indians were seeded third in the SOC tournament bracket and earned the title with wins over six-seed Eagle Point, two-seed South Medford and four-seed Grants Pass.

“I’m proud of the kids and the way they competed and came out and had energy today,” said Roseburg coach Troy Thompson. “It was fun to see and it was a good season, and certainly the last couple of weeks were very good and fun to see.”

Roseburg starter Dominic Tatone overcame a shaky start to pitch six innings and get his fifth win of the year. The left-hander allowed just one run on three hits with four walks and 10 strikeouts.

Tatone missed the strike zone with his first six pitches and the first two runners for Grants Pass (8-10) were able to get on base. A wild pitch put both runners in scoring position, but Tatone battled-back to strike out the side and get out of the jam.

The Roseburg offense helped alleviate the pressure on their pitcher with three runs in the bottom of the first. A leadoff single by Sebastian Watson and a hit by pitch for Austin Takahashi put two runners on against Caveman starter Ashton Durler.

Dawson Gillespie drove in Watson with a double to left field and Knox Hubbard scored Takahashi with a sacrifice fly. Gillespie scored on a passed ball to put the Tribe up 3-0 after one.

Zeimet pitched the seventh inning for Roseburg and closed the game with back-to-back strikeouts. The lone senior on the roster was at the bottom of a dogpile just to the side of the mound as Roseburg celebrated the championship.

“It was a fitting end to the season with (Zeimet) on the mound and striking out those two guys,” said Thompson.

Watson finished 2-for-3 for Roseburg with a RBI and Gillespie was 2-for-4 with three RBI.

Durler was 3-for-3 and had all of the hits for the Cavemen.

Roseburg will return all but one of the players that took part in Saturday’s SOC championship game. Zeimet, the lone graduate, thinks the program is in good shape going forward.

“I think they’ve got a lot of good things going,” the senior said, singling out sophomore pitcher Evan Corbin as a name to watch going forward.

Thompson says this season has laid a solid foundation for the future.

“It certainly bodes well for next year,” explained Thompson. “The way we came together as a group and as a team, we’re excited to have the group back and get back to work here, hopefully, in a normal setting next spring.”

Previous Post 5/21 HR 2: No. 1 debate / No-hitters ruining MLB? / Look-ahead at big weekend plans Next Post Docs getting back to normal with 2021 season schedule 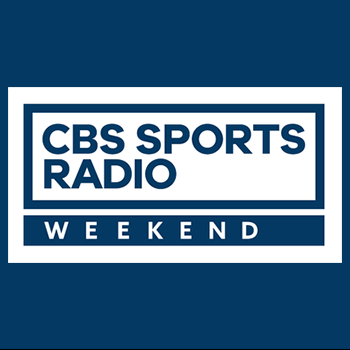