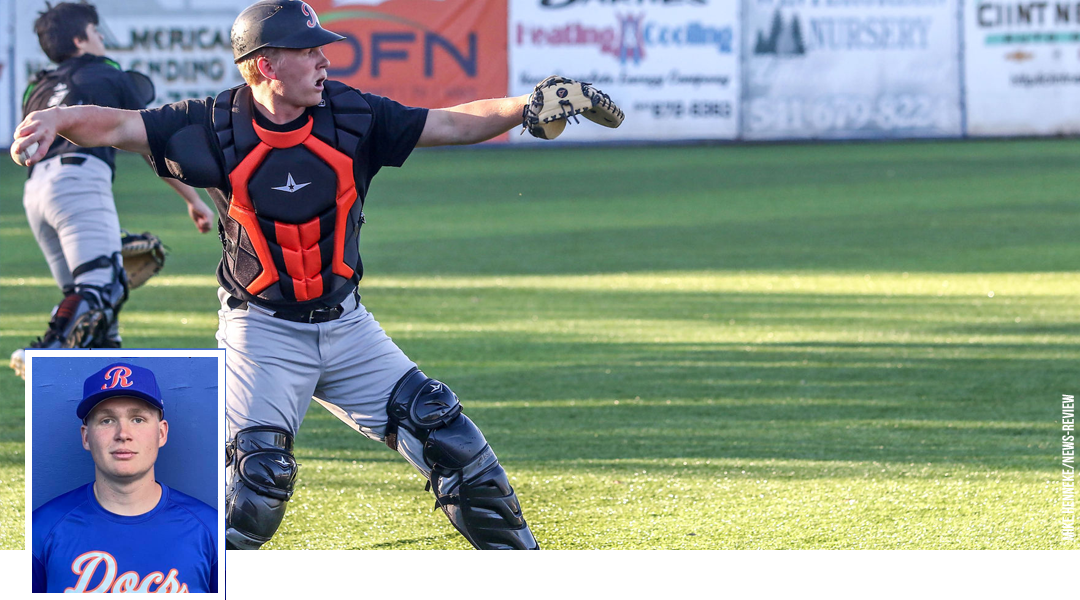 Six is making his third appearance on a Dr. Stewart’s roster. It would have been his fourth season if not for a knee injury in 2018.

Six redshirted this season at Western Oregon University, where he was coached by former Roseburg High graduate and Dr. Stewart’s alum Kellen Walker.

Six played in 13 of 14 games for the Docs in 2020. He finished the season with a .351 batting average, with a double and a triple. He led the team in walks and on base percentage. He started the year on an 8-game hitting streak and reached base safely in all but one of his 13 games.

In his final high school season, Six started all 24 games behind the plate for Roseburg High during his junior season in 2019. He was voted first team All-Southwest Conference and led RHS in walks and was second on the team in extra base hits and runs scored.

Six also played football his freshman and sophomore seasons at Roseburg before his knee injury.

According to his bio on the Western Oregon athletics website, a fun fact about Six is that he can juggle.